Online advertising has finally brought traceability to an industry that has long been unsure of its real impact. However, click and conversion rates give away the amount of traffic an ad generates. Therefore, advertisers can precisely measure if their ads are prompting the desired behavior.

As a result, advertisers are poised to increase shares of their advertising spend towards placing and creating digital ads. In turn, social media platforms and search engines reap higher revenues through highly effective targeting. This drives them towards the collection and analysis of user data. This optimization mechanism, however, sweeps concerns over privacy under the rug. It also hides the underlying ineffectiveness and inefficiency of the data-driven online advertising model.

Under the current paradigm, online publishers provide an indirect link to advertisers’ products and services. Instead, it should optimize their value proposition towards users. In theory, a rational user willingly spends more on Google and Facebook products. A rational user is more willing to pay for the goods/services purchased as a consequence of being targeted by platform advertisers The user ultimately finances the middleman, the digital advertising industry.

We’re one to eliminate this entire trade of intermediaries. It starts by deploying a pay to play model similar to Netflix or Spotify. Google and Facebook could cash in on the full value consumers perceive their services to be worth. Meanwhile, the incentive of the two advertising giants would shift from getting to know their users to the maximum extent through big data and AI towards providing the highest perceived value to users.

One could, of course, argue that the customization, enabled through the study of user behavior and preferences, would still be valuable to users. It would, however, become difficult to rationalize the level of private data collected on users. In practice, Facebook and Google have opted to offer their services for free, to foster quick and widespread adoption. Nonetheless, the average revenue generated per user for Google and Facebook (around two dollars per month), begs to ask the question of whether users would prefer to pay directly for their internet search activity and social media usage.

Users’ concerns are enhancing as they gain more education on current ad targeting practices. Thus, we may well reach a turning point where Google and Facebook see their incentive structure altered to favor a new revenue model. Regulators would be well served to nudge the data giants towards pay for play models to enhance the probability of this outcome. Still, users have to do their part in upping the bar on their willingness to purchase internet services to protect their data. 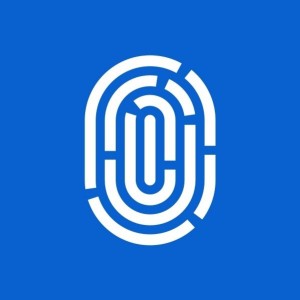 Our team at Ethyca attended the PEPR 2022 Conference in Santa Monica live and virtually between June 23rd and 24th. We compiled three main takeaways after listening to so many great presentations about the current state of privacy engineering, and how the field will change in the future.
Read More

Masking data is an essential part of modern privacy engineering. We highlight a handful of masking strategies made possible with the Fides open-source platform, and we explain the difference between key terms: pseudonymization and anonymization.
Read More

Parsing The ADPPA Draft From The Privacy-As-Code Perspective

The American Data Privacy and Protection Act is gaining attention as one of the most promising federal privacy bills in recent history. We highlight some of the key provisions with an emphasis on their relationship to privacy engineering.
Read More